A positive thing about getting MS is that I don’t put off tomorrow what could be started today, because tomorrow may never come.  I learned this before my MS dx at 25 yrs. of age. I was only 17 when my dad unexpectedly died.

Things like this alter not only your life, but your perspective. Whether it was my youth or personality, I had goals in life that included a huge bucket list of things I wanted to see and do. I love travel, nature, history, and culture. 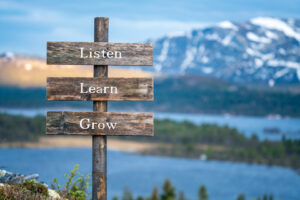 Going to Alaska was a dream on my bucket list that came true. I was in my fifties, and despite the nervousness about my ability to handle such a trip, I was determined to go.  I often say that my legs don’t work, but I have a mouth and a brain to get what I want. It took a ton of planning that was done a year in advance, but boy, it was worth it.

If you or someone you know in a wheelchair wants to go to Alaska, here is repost from my blog explaining what I learned and how I did it–.Tips to Cruise/Tour Alaska in a Wheelchair (with videos)

MS is unpredictable, but so is life. If there was an obstacle at some time point, at least I tried.

When living with a physical disability, “accessibility” is an important word. It is a word that transforms the word inability to ability. For example, making a bathroom accessible for a wheelchair user breaks down the barriers that give the person freedom and dignity.

The American Disability Act was created and passed about twenty-five years ago that opened doors for disabled people in so many areas like public establishments and transportation. Standards were set. I know personally how important things like curb ramps, handicap parking, ADA equipped bathrooms and bus lifts are—I would be confined to my home in my wheelchair if it wasn’t for these accommodations. The Act states:

The ADA prohibits discrimination on the basis of disability in employment, State and local government, public accommodations, commercial facilities, transportation, and telecommunications. It also applies to the United States Congress.

So many places of the U.S. have done a great job in conforming to these standards. But it’s not a perfect world of course, and many old cities or establishments cannot comply completely. I understand this, and don’t make a fuss when something realistically cannot comply. However, there comes a time when there is a clear violation of code that is inexcusable and action needs to be taken.

I called to book a hotel room yesterday, and when I requested a handicap room, I was asked whether I wanted the handicap room with grab bars in the bathroom. Asking to clarify what this meant, it was explained that standard handicap rooms can fit a wheelchair in the bathroom, but there were no grab bars. If I needed grab bars, I would have to reserve a handicap “accessible” suite, which was $10 more. These were the only rooms the facility had for a person needing grab bars in a bathroom!

Time for action. This is so wrong…

I called the ADA and they said that the hotel was in clear violation; if the manager of the hotel had any questions regarding this, they should call the ADA to inquire about their obligation. My choices? I could file a complaint in writing to the ADA for possible action from them toward the hotel, or file a suit against the hotel myself.

The agent informed me that every complaint they receive is evaluated. She assured me that even though the ADA receives so many complaints, I will get a response. She added that it is important to notify them in situations like this; but depending upon if, when and how the ADA will respond to the violator is another matter. If they receive multiple, valid complaints of a clear violation, they will proceed directly to the violator.

There were some large hotel chains that recently received major fines from the government for handicap accessible room violations.
I called the hotel back (The Extended Stay next to Boston Logan Int’l Airport) and told them about their violation of the room and my call to the ADA agency. The manager wasn’t there, and was told by the hotel agent I could just “take it or leave it” in a snippy tone, and to follow up with the manager later. I needed the room and the $10 extra was only a big deal in principle for me.

I plan to write a complaint to the ADA agency. However, I will defer writing to the ADA or calling back this hotel before I stay there. I don’t trust saying anything more to the hotel beforehand, as I may find my room was “given away” when I show up.
In addition, I will speak with the hotel manager at check-in or check-out to discuss this in a civil manner. Maybe I’ll get $10 back, but more importantly future guests should not have to pay $10 more for a handicap bathroom with bars. I’ll show her this blog post.

Here is the link to the American with Disabilities Act (ADA) guidebook http://www.ada.gov/cguide.htm#anchor62335 . The standards were updated in 2010-2012, so make sure that anything you read is the updated standard with that year on it.
The direct number is 1-800-514-0301. The agent I talked to was extremely patient and knowledgeable. This is the same number that could be given to the code violator if they want to inquiry about their ADA obligation(s).

To file a complaint, write up the issue with detail and email it to ada.complaints@usdoj.gov.

While this particular ADA issue with the grab bars was something the ADA said they will follow up with, there are many other situations where they are the “establishers” but not the “enforcers.” For example, while state/city levels have to conform to the number/size/etc. of handicap parking places according to the ADA, it’s up to the local governments to enforce the law.

If you are in question as to what to do and who to follow up with about something, call an ADA agent at the above number. I asked about how photo ID cards could be issued/carried by legitimate handicap placard/plate holders to defray HP abusers, and was told this is something that I would have to pursue with a state’s Department of Motor Vehicles. (Btw, the agent I spoke with indicated many people have called to inquire about this!)

Some things we have to swallow. For example, when I asked about the extremely high beds that are in handicap hotel rooms, the ADA agent explained that unfortunately, there are no codes regarding moveable furniture these hotel rooms. So if I happen to get a handicap room with a high bed, I have to nicely ask the hotel manager if they could remove the base. (This did this for me at several places.)

Personally, if a valid problem is encountered, I think it’s worthy to pursue an action and/or a solution. That’s how things get done. And there is strength in numbers. But I would add that what you say and how you say it is extremely important in achieving that solution. I have stayed in many hotel rooms that needed modification and hotel managers welcomed comments/suggestions and even gave generous rate reductions for any inconvenience I may have encountered. Sadly, hotels will book a handicap room to a “normal” person at the last minute just to fill the room. It has happened to me before, and others that I know in my position. When it happened to me, I nicely asked to not be charged for a room that night, and my request was granted.

I’m permanently in a wheelchair. When I book a hotel room, I ask my usual one hundred questions before I book a room to be sure it is accessible enough to meet my needs.

Though I am always assured that I will get what I asked for, the truth of the matter is I never get a completely handicapped accessible room. There are ADA standards that are supposed to be followed, but these basically address the spacing requirements. More often than not, the everyday decorative or necessary devices—such as lamp switches, bed height, or thermostats–are frequently overlooked.

This is troublesome, especially if I am travelling alone. What do you do to remedy the situation? Over the years I’ve learned something important: The way you approach somebody about a problem often will result in how (or if) that problem will be resolved. I know this is common sense thing, but it is true.

Earlier this year I booked a handicapped room at a hotel after I asked my one hundred questions about the room. Is there a roll-in shower; is the toilet seat raised…? One of the things I specifically asked about was the height of the bed. I know high beds are fashionable these days, but for someone in a wheelchair, this is a problem. I was assured that the bed was a normal height.

When I checked into my room, you guessed it. The bed was very high, and since I was travelling alone, there was no way I was going to be able to get in and out of it myself.

I called the front desk and asked for a manager to please come to my room, who came immediately with an assistant. I nicely demonstrated my dilemma, and asked them to take out the six or eight-inch frame and lower the bed. They did it, and made some other arrangements to the room that I needed such as rearranging furniture/other things so they were within my reach (lamps, phones…) I graciously thanked the manager and she graciously thanked me for being so nice about it, adding that many people are so rude and quick to complain or threaten.

Sure, I could have accused them about ADA standards but what good would it have done at the moment? I got what I wanted, plus three days of exceptional service that followed for anything I needed. Realistically, if I complained to an agency later, nothing would have ever have been done about it.

In the past I have attempted to discuss handicapped accessible room needs to higher level hotel management but needless to say, my single voice got me nowhere.

Would you review these videos and give me your feedback on them? What do you agree/disagree with; what would you add, or delete?

Strength in being heard intensifies with numbers, and with more voices, maybe this time around someone will listen.