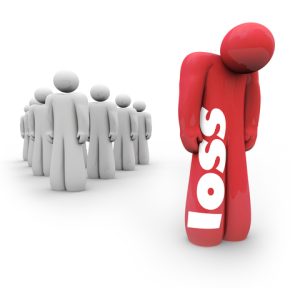 Loss word on a 3d person who stands alone from a group or family, mourning the death of a loved one, feeling heartache, sadness, isolation and grief

I started dancing when I was three years old, and always loved all types of dancing. My favorite dances though were those of my cultural heritage. My grandparents emigrated from Croatia and Slovenia and so the traditions were instilled in me as early as I can remember.

One of my greatest achievements was when I was accepted into a professional musical ensemble called the Duquesne University Tamburitzans. The longest running stage production in the United States, authentic music, song and dance portrays many Eastern European and neighboring cultures’ traditions. Affiliated with Duquesne University, as an accepted member I was awarded a scholarship while attending college.  See http://www.youtube.com/watch?v=LhItCxgX-hg

My MS symptoms appeared noticeably when I was twenty-five, though in looking back, I can recall having some balance and coordination issues while I was dancing with the ensemble. My aggressive course of MS left me with the inability to do anything but walk slowly by the time I was twenty-eight; there was no more running, hopping, skipping, or dancing.

I was devastated. While I was teaching my one-year old son to walk, I was losing my ability to do so.

I attended a wedding on November 20, 1985. That night, I wrote in my personal journal: “Everyone danced tonight but me. Again. That hurts. I love to dance. I can feel the potential movements in my system that would direct me exactly how I should move, but I can’t do it. I’m so frustrated…”

It took a long time to get through first the anger, and then the sadness and depression. But the brain is a powerful organ, and I worked on my perspective. These were the thoughts I began to think about and focus on:

I will be attending the 75th Anniversary Reunion of the Duquesne University Tambutitzans in Pittsburgh, PA during the last weekend in March. I will be visiting my colleagues and long-time friends with this amazing organization, and watching this year’s production of their two-hour show by the current members.

I am itchy with excitement and pride. It will be tears of happiness that I will be shedding as I watch them all do my favorite dance, the polka, and remember the awesome memories and goodness that I got from all of it.

My feet don’t move anymore and I’m okay with that now. But my heart still moves with a good beat, and that’s worth more.